Challenge: Hey lovely, this writing challenge shouldn’t be without a scenario with someone getting locked up, now would it?  Write a predicament where the character of your choice is locked up in a cage by their loved one. How did they end up in there, and why would their lover lock them up? Is it for selfish desire or keeping their love safe?

I knew this was gonna come back to haunt me one way or another LOL, with the Yandere stuff, I felt one of you were going to bring this challenge up. However, I’m ready and prepped for this one, let’s get to it then-Shall we?

Continuation of “Den of Wolves”

Fingernails digging into the floor as blood seeped from between my lips and painted the ground in my suffering as a loud crack echoed against the walls. A scream of pain filled the jail cell as my body contorted painfully under the shadow of the moonlight that filtered through the window. The smell of flesh burning infiltrated my nostrils as my jaw unhinged and twisted forward as my fingers became taloned with hands that could belong only to my beast.

“Ah!” An unholy cry of agony escaped my throat as I reared back and tore at my clothing as the transformation from human to werewolf consumed my entire being. My human voice mutating and becoming something more primal as I slammed my fists down into the concrete and felt the familiar bristle of fur upon my flesh. The pain slowly subsided as I shook the sweat and remaining scraps of human skin off my form, a snarl escaping my throat as I looked up to the moon.

An echo of footsteps that were meant to match the sound of silence reached my ears as I turned my head in the direction of the sound, sniffing the air I recoiled back into the farthest corner of my cell. Knowing full well that even if I was able to keep my mind today because of the concoction that witch had given me, the animal instincts that alert me of danger still were present.

Darkness enveloped the dungeon with only the moon being a guiding light for anyone who entered its domain. The hackles on the back of my neck rising as I felt his presence in the shadows, his familiar silhouette standing at the edges of the dim light. A soft chuckle coming from him as he slowly moved into the moon’s smile and looked at me with a gentle expression. 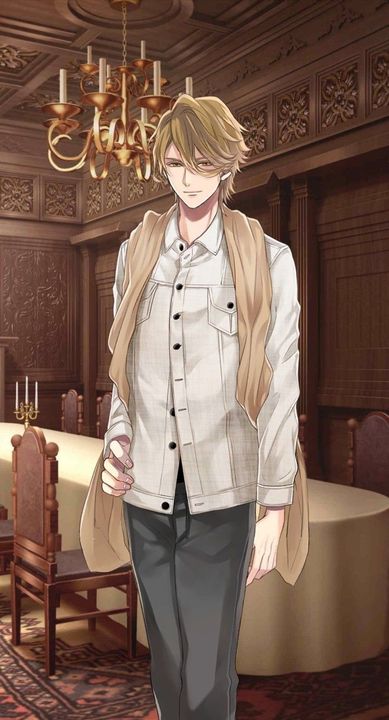 “There’s no need to be afraid, Farren,” Saint came closer to the cell, his hand slowly going in between the bars as he held out his hand with his palm facing the ceiling. I hesitated with his actions, although he was safe from me, I still couldn’t understand what this vampire wanted with me. I didn’t move as I saw the familiar glint of red in his irises against the moonlight, I shook my head and pressed my body against the wall, turning my muzzle away from Saint.

“Have I not gain your trust yet, Farren?” There was a sad tone to his words as I heard him shuffle a bit in front of the bars until I heard the familiar clink of the door lock click. My ears pricked up as I let out a snarl as the vampire entered the jail with me and closed the door. Locking us both inside the cage as he drew closer towards me, I padded back and forth against the walls keeping a distance from him until he was too close for comfort.

“I’m not here to harm you, the bride of the moon,” Saint closed the distance and was now inches from my face as he leaned in and reached a hand out towards my head. “Please trust that I wouldn’t do anything to put you in danger, but have I not done whatever you have requested of me?”

As his hand came closer I snapped my teeth and tasted the sweet flow of copper against my tongue as I realize he hadn’t drawn his hand back against my warning bite. Releasing his hand I felt my ears press backward in shame as I realized what I had done, but Saint hadn’t even flinched at the attack as he gently lifted my chin to look at him. The red hue of his eyes glittered against the night as he patted my head and smoothed the fur against my neck. “Being locked into the cage was your wish, Farren,” he spoke as he continued to run his fingers through the black tresses of fur on my body.

“However, you’ve placed yourself in a position where you know that I can easily watch you, speak to you, and corner you,” Germain let his fingers glide up the curve of my neck as he looked into my eyes.

“Be mine,” he commanded his tone leaving no room for negotiation as he continued to look into my soul with ruby irises. I pulled my chin away from his grasp and leapt to the other side of the cage, a low rumble escaping my belly as the hackles at the back of my neck rose and I bared my teeth.

I echoed in my mind to him as I continued to keep a distance between us, even if I did feel something towards this man. I knew that my mind wouldn’t always be with me, and if I couldn’t break the curse of this therianthropy, I would eventually lose all of my mind when the time comes. I closed my eyes and turned my face away from Germain as I remembered the faces of the people I’ve killed when I changed, images of their horror and deaths plagued me as I let out a low groan of anguish.

I didn’t want to hurt anyone again, and I sincerely didn’t wish to hurt the guy who saved me, minus the fact he’s a vampire that totally gets underneath my skin, er, fur. I felt his fingers upon the nape of my neck and his hand gliding down under my chin again, guiding my face to look back at him once more. I still kept my eyes shut as I felt a small peck on my head, knowing full well he had just given me a kiss, I echoed in my mind towards him, “don’t tell me you’re into taboo ideas because I’m not in for that at all.” 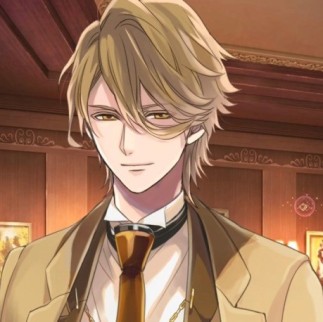 Germain laughed as I felt him pet my ears, finally making me open my eyes to look into his scarlet scrutiny, “of course not, but I can’t help that you look like a oversized house cat that’s sulking.” His hands drifted away from my face as he kneeled in front me properly, I watched as he reached into his coat pocket and held out a small vial or amber liquid, “as much as I’d like to keep teasing you, I am here for a reason.”

Opening the bottle he held it out for me, “Athena stated this will help hinder the process of the full transformation, but it isn’t a cure to the actual curse. She asked me to give this to you and see if you would prefer this versus keeping your mind as a werecat.”

“If it means not being furry all the time, licking myself, and coughing up hairballs, then I’ll give it a shot.” I purred as I sat down hesitantly before him, “… I would need you to feed it to me though, since I don’t have hands.” 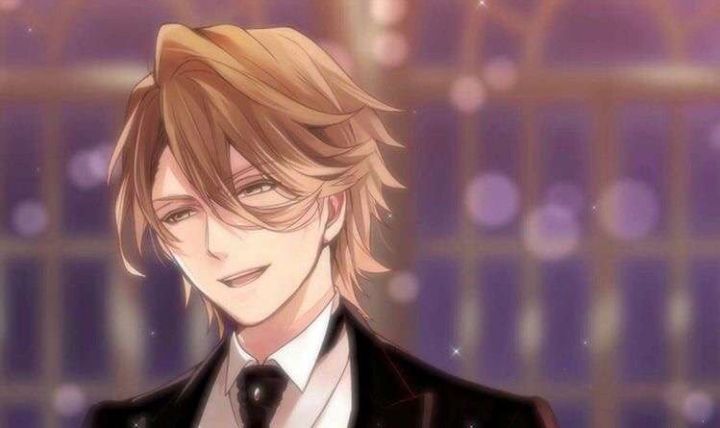 A demure smile crossed his lips as Germain tilted my chin upwards, something mischievious glinted in his eyes as I felt the liquid slide down my throat. A strange heat filling me as I felt the warmth of the potion immediately take effect as I backed up and felt my body once again shiver and convulse. A sulfuric essence filled my nostrils as pieces of lack fur melted off my skin and slide to the floor with a disgusting splat, my paws retracting and twisting back into almost a human shaped hand as my spine cracked and curved.

Exhaling a breath, I felt something gentle wrap around my shoulders as I looked up to Germain, there was a strange look in his eyes as he stepped back and folded his arms, “I never would have thought Ahtena would take into consideration on my idea of a half transformation for you.”

Gradually I stood back up on wobbly feet and noticed my hands still had claws on them, a black tail slithered around in the air behind me as it dawned on me about a funny conversation she and Athena had had prior to her personal lockdown. Running towards the mirror, I gaped as I touched my panther ears and grasped my panther tail, for gods sake!

I snarled as I turned to face Germain with irritation, my words cut short as he was suddenly in my space, his arms boxing me in as he looked down at me. “I will have to thank Athena for her work,” he whispered against my ear, “now I’m interested in finding out if it’s true about the sensitive areas of a feline.”

“So are you saying you’re into furries?” I managed to snap back at him as he chuckled at my backhanded insult towards him. 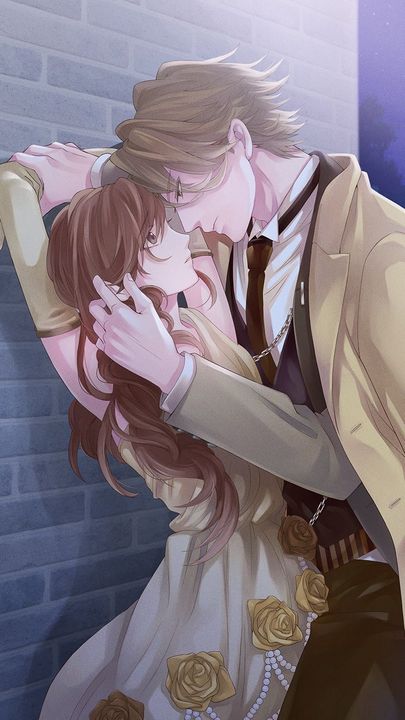 This is still a work in progress no matter how I fix and refix it, which is a good thing for me. It’ll probably never be a final draft, but I am thankful for the writing challenges. I do feel I will come back again to this fanfic in the future, I feel I need to give it more justice like ‘The Hell Hound’

As always, thank you for reading!