There are plenty of MCs out there that can be categorized as needing to grow into their own and fight back against the oresama/dom/sadodere/tsundere/kuudere characters out there. However, today, I want to speak about my least favorite MC from the Voltage Inc Realms, even though she lives in the damn lap of luxury of the VI Universe… I’m talking about the MC of Kissed By the Baddest Bidder. There is a lot to dish out about her behavior, and I felt that I was about to break my iPad in half during Eisuke’s route with her reactions and actions throughout the route.

I played this game so many times and tried to like the MC, and also like Eisuke… but I couldn’t get into it. I apologize only for the fact that I just couldn’t grasp the MC, her behavior was just unacceptable to me… Like, please, grow a pair and grab the kingdom PLEASE?!

There were plenty of times the men said something out of line towards the MC but we weren’t allowed to say something crudely back, otherwise, we wouldn’t get the ‘romantic’ ending. Obviously, the men are entitled and most of them feel they can rule everyone with the flick of their wrists like a magician’s trick. So, for me, I felt an MC who could personally challenge and drive them up the walls would have been better fit versus a submissive character. 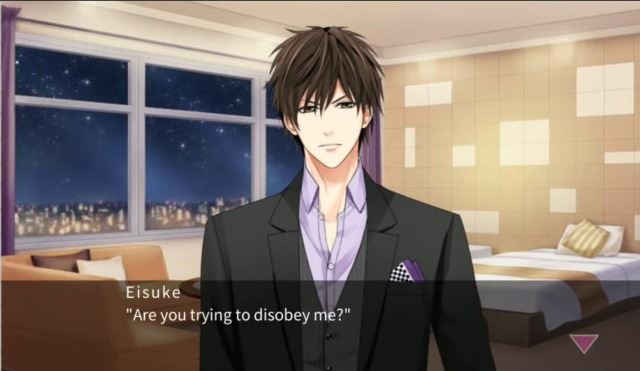 Another thing, every time Eisuke asked if I was disobeying him, oh man, if I could throw him out the window… or…

I digress, there were things that the MC would do in this game that just made me wish she learned to manipulate the men to her advantage, obtain tricks of the trade on her own, then turn the tables on the men. This is a ‘dark’ romance type world, I would expect that the MC would also learn to build walls and become fierce on her own; I mean, become a Mafia Queen or Empress of Crime maybe??? If you look at the romanceable men in the group, we have a Mafia leader, Master Thief, Kingpin of Crime, Back Alley Doctor, Assassin, and an artist who can create counterfeit items…

MC Please just, take advantage of what you can learn to up-end their worlds!

Every season, this MC always found herself in events or debacles that she couldn’t save herself from when FFS… She lives with dangerous men, I felt she would understand her position and have an inclination of how to survive in this voracious universe. What I got was her being tossed about half the time, and while I do have respect for some of the characters in the game, the MC hardly progressed to anything.

I mean, yes, she got married, had kids, and a happy ending. However, this just doesn’t cut it for me, I didn’t feel any remote satisfaction emotionally from her consistent lack of character growth. Now, I know people may argue that the game is based on the men, not the MC, but here’s my issue… Then why should I care about the MC if she is supposed to be just as important as the men?

I’m got fairly tired of the ‘I’m pure, innocent, and would never hurt another’ personality she portrayed… To be honest, the trope is was overdone, used up, and fell flat after the first season because by season two I expected her to be tough as nails, even just a little more femme fatale. 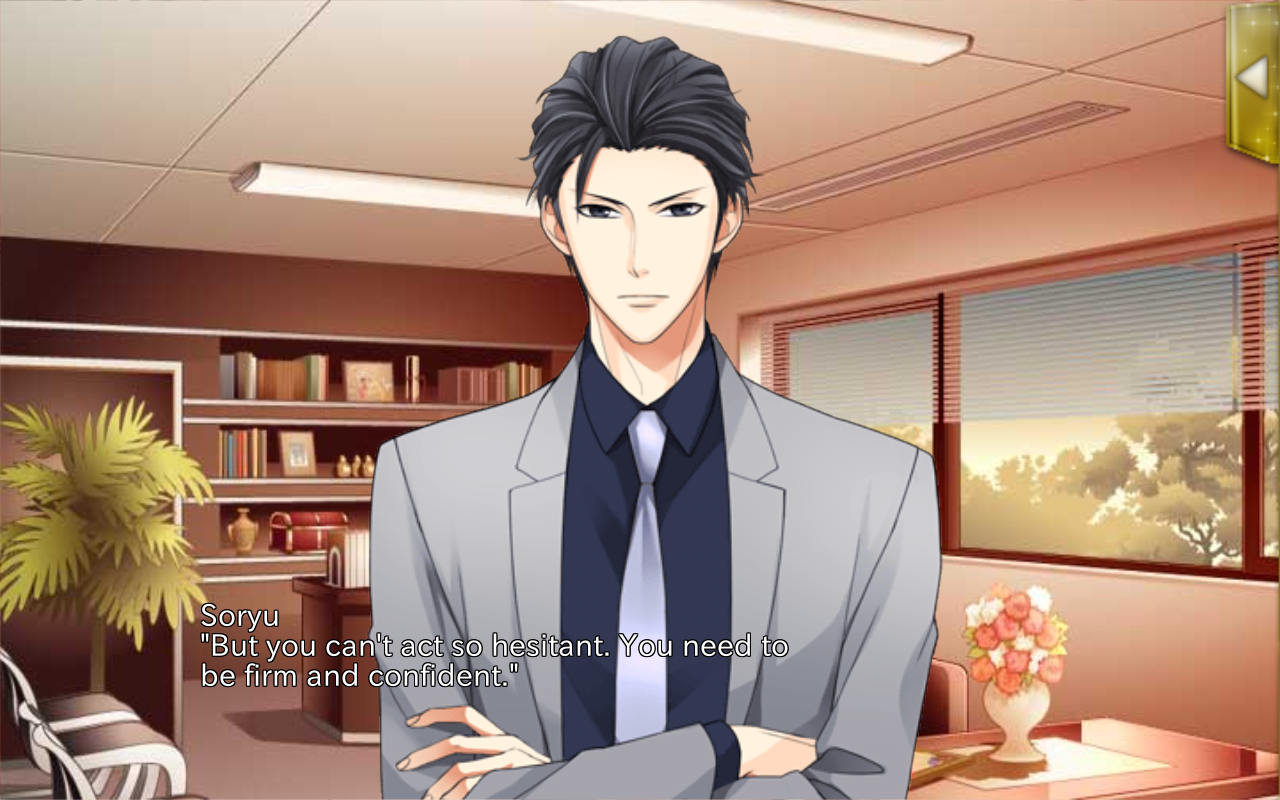 I have to mention how Soryu made valid points to MC about her needing to become more confident and firm, but I personally felt he should have added that she should acquire certain defense skills or tricks to keep her out of harm’s way. This is an alpha male-dominated realm of vicious underground dealings, with hints of drugs, violence, and human trafficking blended in or lighted mentioned in the storyline…

The MC stayed stagnant throughout the seasons, it was aggravating because I wanted so much to like her, but she gave absolutely nothing. While there could have been other factors that came into play about why her character never ‘grew up,’ then why were the men able to change but not her?

Even if the men’s demeanor slightly changed for her, I felt the MC not adapting along with them was counterproductive and deflating for most readers.

I preferably feel that this was the most poorly developed MC, in a PAID game, as the MC in the party app of Kissed by the Baddest Bidder was much better. I was confused as to how different the personalities were… I wrote in the past about what kind of MC I would have preferred in this game and I want to mention it again. I feel the MCs from either Metro PD: Close to You, Kiss of Revenge, and Masquerade Kiss would have been the better of the characters to go into this world.

Gray’s Version of Kissed by the Baddest Bidder:

MC #1: Assassin/Spy/Detective: You are sent on a mission by the SPD/2nd Unit/World Government of Assassins to infiltrate Tres Spades as a maid to recover important files that were stolen from the President/Prime Minister of the country. You are to get closer to the mysterious men who live in the VIP room and get insight as to what dangers are being posed against the country. Three rules to adhere to Assassin, don’t get caught, don’t blow your cover, and don’t fall in love.

MC #2: A government ordained doctor from the World Government, you follow a lead on regards to a deadly bioweapon that was created with the data your mother had died trying to erase. Agreeing to infiltrate, reconnaissance, and obtain any samples of any evidence of the virus, you go undercover as a maid to the VIP members of Tres Spades Casino.

—>Whilst searching the perimeter you overhear gossip from one of the patrons about an auction beneath the casino, you follow them to the Alice in Wonderland door. To which you manage to secretly go in and follow the trail, along the path you manage to gain insight on the truth of the black market and that you need to bring reinforcements in.

—>Planning to escape with the knowledge you have you bump into two men who happen to be carrying a vase, it breaks and now you’re in a scuffle. Thinking how to outsmart the men you get into a slight altercation with them only to be taken by surprise and get knocked out. Once you regain consciousness, you realize you are handcuffed to some bars and being presented in a birdcage upon a grand stage.

In a world of the rich, famous, greedy, and sinister, you are bought by the group of men you are supposed to get close to. What’s direr, is you recognize one of the men to be someone from your own precinct! Knowing that you have a cover to keep, you choose to pick one of the men to stay close with and learn more about the dark dealings of the casino. However, getting closer to the members of the VIP Club, you hadn’t expected to fall for them… 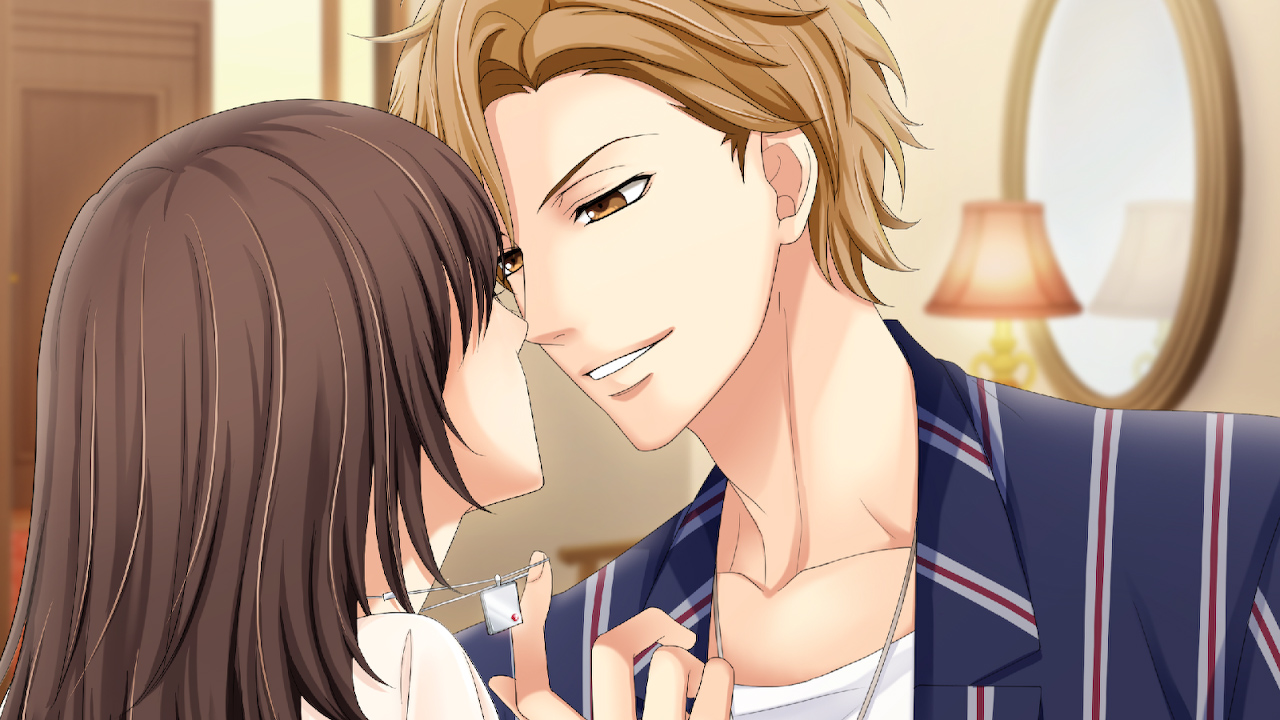 Now then, assassin/detective/doctor… What will you do? 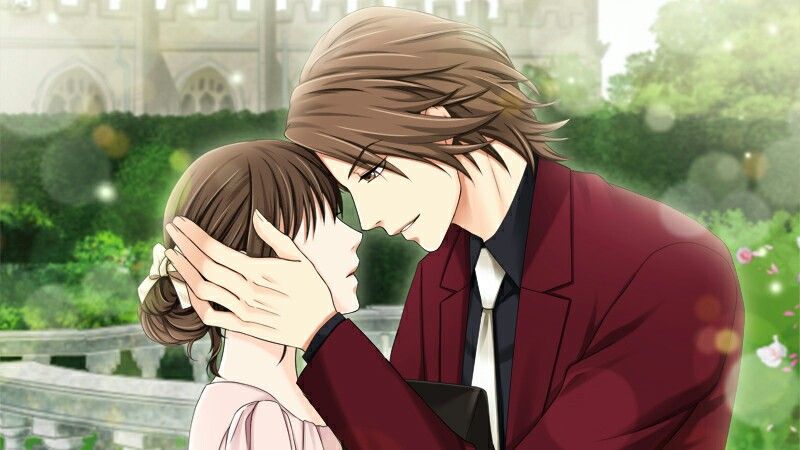 —>Bust the black auctions wide open, retrieve the missing data, save the country; but betray the man you love and send him away for good?

—> Will you forsake your training, fall in love, and allow the world to burn?

—>Or will you learn the tricks of the trade, betray them all, and become the new Empress of Crime?

Choose wisely reader, what is the price you’re willing to pay for love and power. 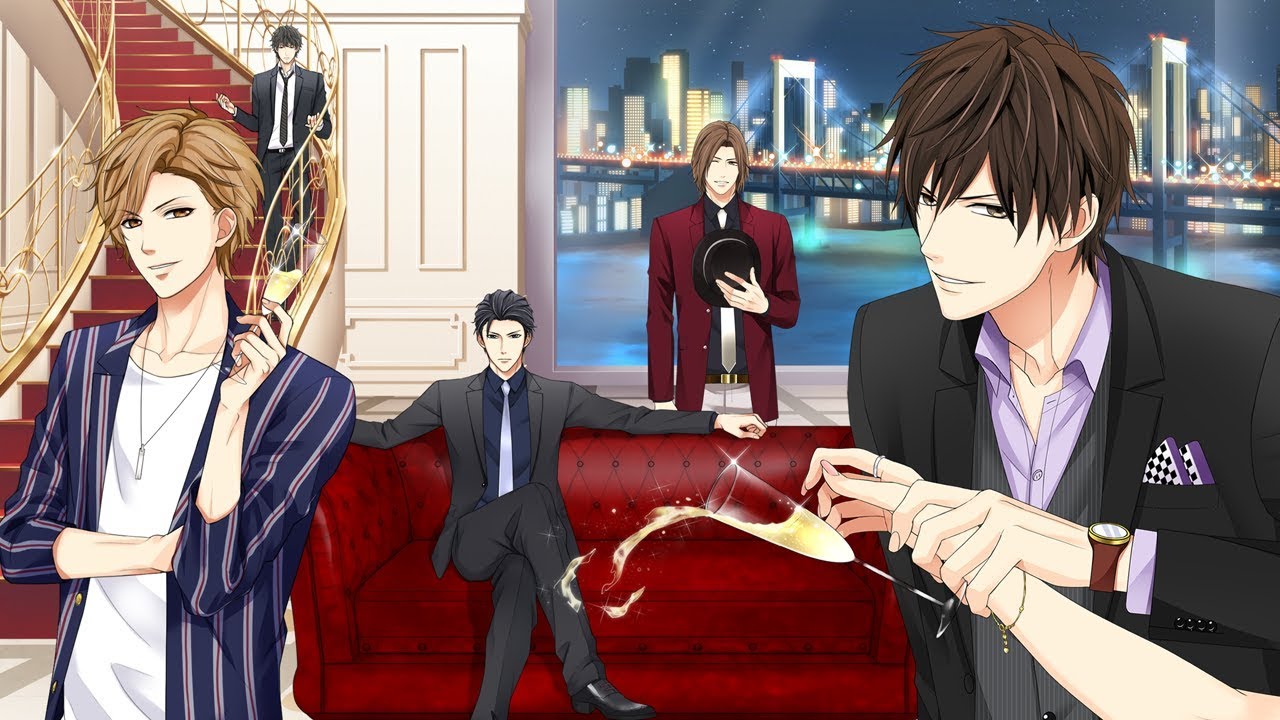 Haha, my imagination ran away with me again, it always does whenever I look at this game and just think about what could have been more engaging. However, the case, the MC was definitely one of the worst MCs I’ve encountered in Otomelandia, but this is my opinion, and I just want to state that I feel she could have been developed better.

So Otomelandia, do you have any MCs you didn’t like? Let me know in the comments below, let’s chat!