Joining in on the late train of June’s Seriously Geeky Sundays created by the fabulous Heather of @justgeekingby, on today’s blog post I want to talk about last weeks prompt for Father’s Day! I’ll be speaking about fathers’ or fatherly figures from visual novel or otome games, so hang tight as we dive in.

Who is your favorite fictional dad?

Darius Gordon from Code: Realize is probably one of my favorite dads that I’ve come by in Otomelandia, while he can be the overbearing parent, he means well. Headstrong, a fierce leader, and keeping his hands clean from doing dirty work as the head of his group. Darius shows nothing but absolute love and adoration for his daughter, Shirley, even if he goes very overboard with his affection… a lot.

Raising his daughter into mafia royalty, Darius admits to his faults and is honest about his reasons and actions towards keeping Shirley safe. Albeit, we know his daughter understands this but that doesn’t quite stop her from going off on her own and running away from her dad from time to time. While he can be extremely overbearing at times, he does mean well, and I appreciate that he didn’t close off his heart after losing his wife.

Darius remains as one of my favorite fathers as he does do his best to be a good dad while ruling with an iron fist, literally. 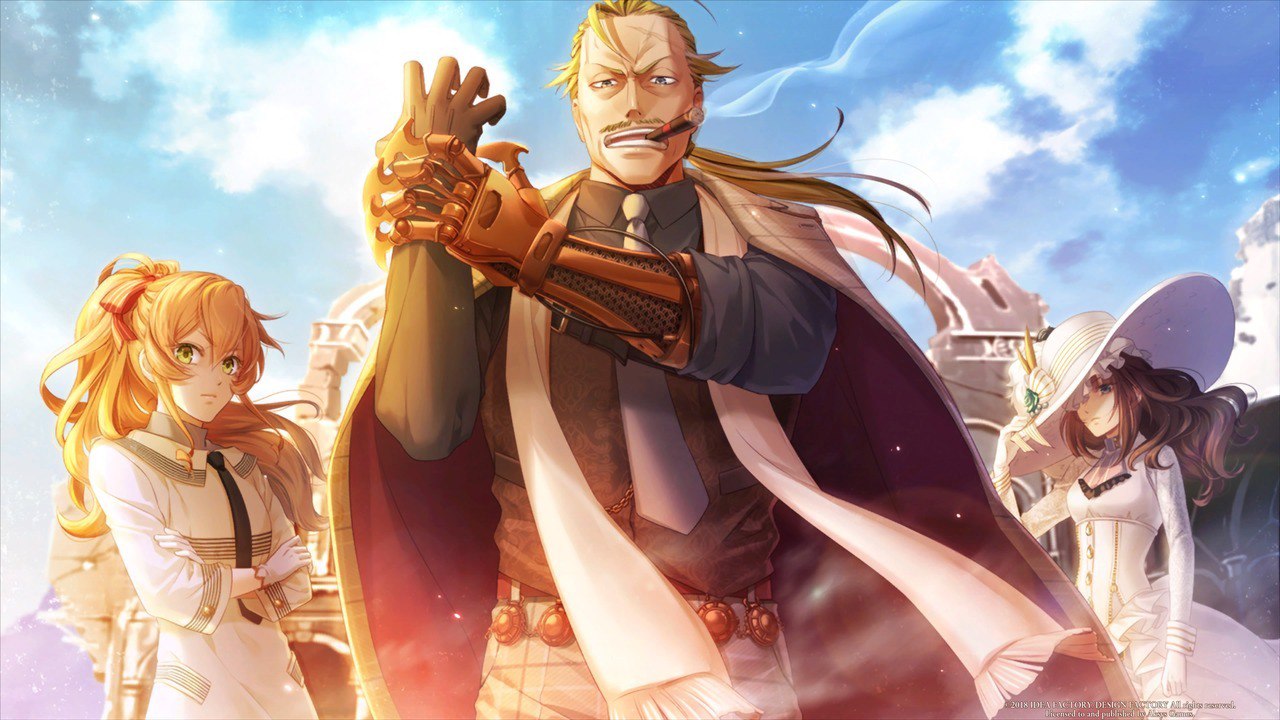 Who is your favourite evil dad?

He’s just the evilest motherfucking dad of the century, and he tops being the worst existence on the planet compared to Isaac Beckford and Director Sezaki (Kiss of Revenge). He’s the villain of the entire millennia, and I despise him for all he’s worth, he’s not my favourite. As I don’t have a favorite evil father, he’s my most vile and atrocious nomination for F***** Up Father of the Centennial.

While he doesn’t deserve to have space on this entry, I’ll speak on the latter that if you manage to play through the Diabolik Lovers Series, know that you need to stop yourself from screaming in rage. I felt the anime series censored the more revolting areas about him, but I can’t fathom the existence of these types of people in general. He deserves to burn. Plain and simple.

Who is your favourite father figure/mentor?

I have a special place in my heart for Pub Encounters from D3Publishers, it was one of those otome games that decided to run with the Ossan concept. While I do feel that the game missed a couple of areas of development, especially in Soichiro’s route, I do appreciate the creators at attempting this angle. I chose Soichiro Toyoizumi as my favorite father figure/mentor as when you first meet him, his aura is very calming and fatherly like in the first place.

I know he’s a romaceable character, but he came off as someone who would be a guide to a struggling new-generation worker trying to make it out in the world. Listening to our woes and offering advice where needed, it’s a plus that he happens to be a bartender so… Hey Bartender serve me up one~!

While some people will say he gives off more of grandfatherly energy, however, for me, he was always a gentle presence in Audire for the MC. He cooks, can joke around, and runs a business that I’m pretty impressed by as it serves different foods and illustrious drinks for all its patrons.

Who is your favourite unconventional father/mentor? 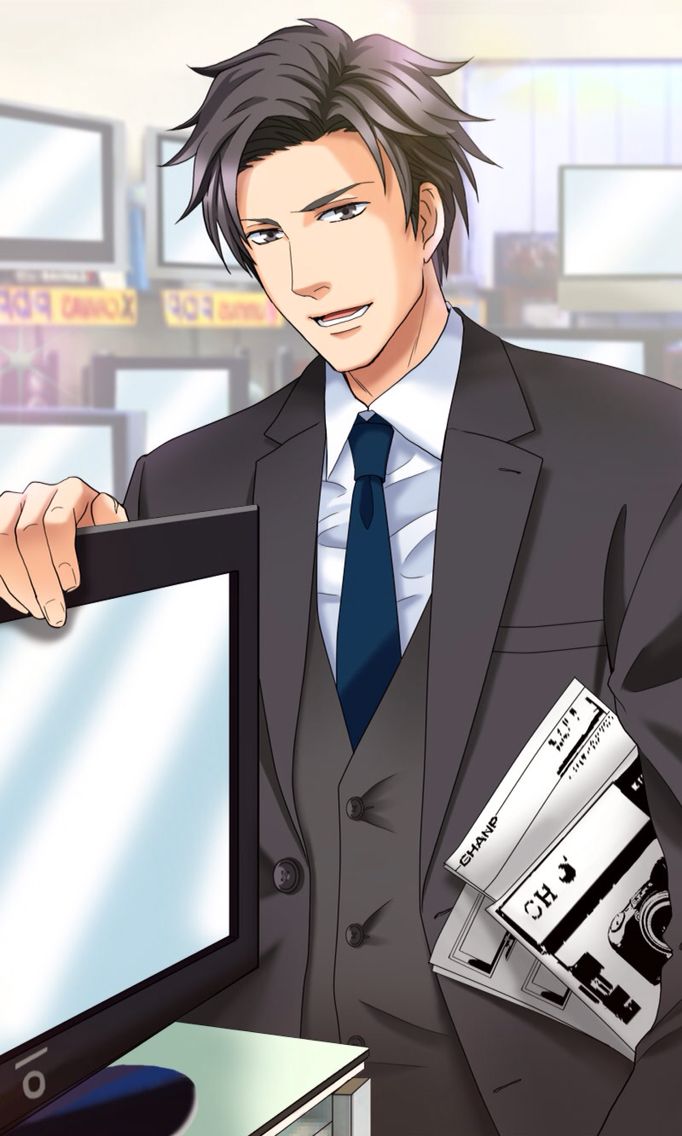 I know he wasn’t a dad yet when we first met Daichi Katsuragi from My Sweet Bodyguard, but for me, he gave off the vibes of someone I could look up to. The head of the bodyguard unit for the prime minister of Japan, Daichi takes the cake at being one of the best handlers out there. He’s unconventional to the MC, or practically sometimes an enigma, but he’s got the dad bod and mindset of an ossan that you can’t help but love.

He’s got a lot to teach you about electronics and also how to protect yourself, however, I wish voltage gave us the option to actually learn how to defend ourselves with some bodyguard training. Especially with Katsuragi as he’s known to be the best guard out there, and also the best drinker out of the group. I adore Daichi as an overall person who is capable of being a goofball and also being a mentor for everyone of his team.

He’s self-sacrificing and is extremely passionate about his work, its hard not to like the man even when he’s being stern with you for something. He means well, and he really was an unconvential figure that I ended up liking in the game.

What is your favourite child/parent scene? 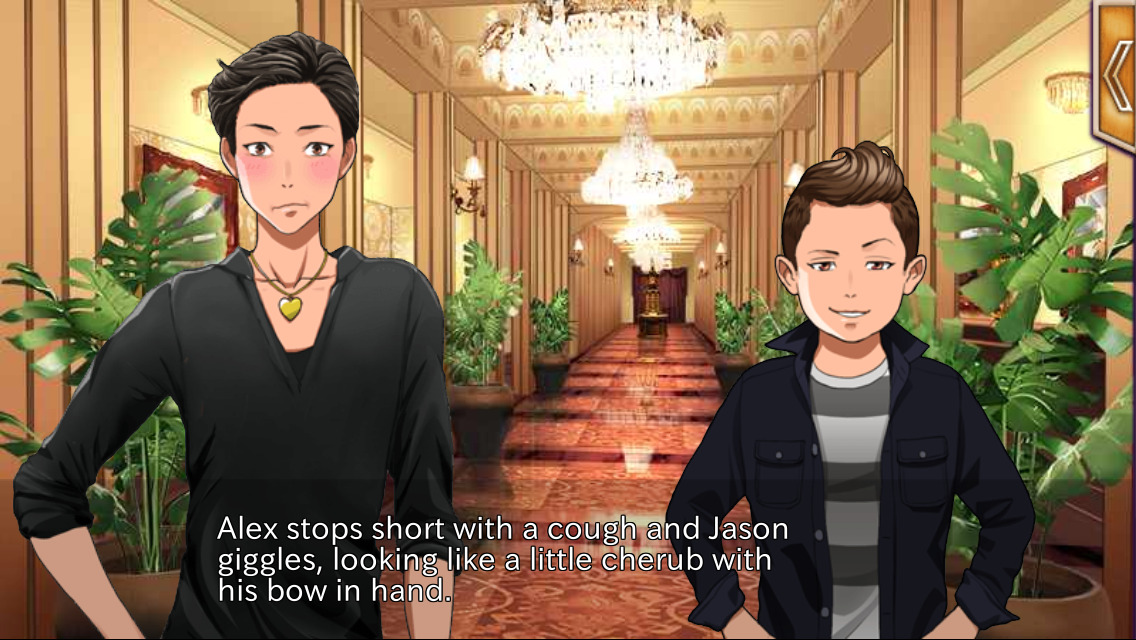 Possibly my favorite scenes are with Cyprin and their son, Jason, from Astoria Fate’s Kiss. Alex Cyprin is such a sweetheart and through hell and high water, they are the most amazing partner to be by your side. I couldn’t really pick one moment between Alex, Jason, and the MC because they have a lot of cute and loving moments between one another. One thing is for certain, when it comes down to parenting there were a few things that Alex was able to handle and a few incidents where they needed help.

Especially when Uncle Cupid decided to give a ‘gift’ to Jason and practically almost caused some kind of catastrophe to happen. Thankfully, Alex and MC were able to stop the trouble and teach their son to be responsible (he did still shoot some arrows though LMAO).

What is your favourite quote from a fandom about fathers/by a father?

I’m going to be a very simple person here, so forgive me for not having a very gallant and flashy quote to present. However, no matter who says this, any anime, book, game, and even my own father. When I hear them say just this line, I always cry, because it means a lot to us, okay? I’m starting to tear up a bit, I know I don’t speak for everyone but…

When I’ve cried and felt that I wasn’t really good enough to do anything, and I felt down and horrific about work. My dad has always offered me advice, and helped me try to work through things I may not have even thought of before. Then, when I have figured out a way, solved a problem or even invented something pretty simplistic, my dad will just say.

Thanks once again to Heather at geeking-by.net for these awesome questionnaire prompts for the month! Tell us who your favorite father figures are in games, movies, books, or manga in the comments below. As always, thank you again for reading, and see you on the gaming side!