TALES FROM THE NOOK: THE A-TEAM OF THE ZOMBIE APOCALYPSE

I love me a good zombie book or game, and it takes an incredible cast or hero/heroine to survive the maelstrom of death and carnage. We’ve made blogs about who would be our A-Team when it comes to certain books or games themselves, whether you’re trying to survive a round in the Call of Duty series with your team, or in Apex. When zombies or even mutants come into play, you’ve gotta have your best people with boots on the ground and ready for combat.

In this blog, I’m going to be walking between books, games, and other media on regards to the team I would need to help me survive an impending zombie apocalypse. However, these heroes may not come from just zombie ass-kicking backgrounds, some of them appearing from other genres. Without further ado, grab your combat boots and your best survival gear, it’s time to get down with the Apocalypse Dream Team.

Ada Wong (if that’s even her real name) is a beloved character of the Resident Evil franchise, appearing in Leon’s route for RE2, she’s is what I would call the anti-hero. While I’m not sure if there is ever going to be true clarity as for who she truly works for, Ada seems to have her own agenda with the issue of zombies and the T-Virus that was created to make these bio-weaponized entities. Quick on her feet, analytical, great with hand to hand combat and stealth; Ada is one of the first people I would want to team up with, even for a little while.

This woman literally has like 9 lives or something, considering how many times she seemed to have died in the previous games, but manages to rise from the dead easily. While I understand you can’t put all your faith into her in one go, the fact is, she does have a compassionate heart even if she plays it off as someone who doesn’t really care. This femme fatale makes it onto my team as the number one recruit if there ever is a potential zombie apocalypse in the game server.

Selina Kyle is one bad cat, and I mean that in a good way. Whether she’s being portrayed as the villain or the hero, she is definitely an anti-hero that does absolutely what she feels like doing. Just like a cat, she answers to no one, and cuddles only when necessary; with lithe movements and a survival instinct that has gotten her far along the mob ridden city of Gotham. Selina makes living in Arkham City look like child’s play, and that she has all the keys to the playground, and knows the dirtiest secrets that the underground has to offer.

In a fight against zombies, I’m for certain she would have the upper hand on anything and anyone who tries to get in her way. With a natural ability to do parkour and gymnastics with ease, Selina can definitely out maneuver any rabid infected dogs and violent offenders. Selina Kyle is a force to be reckoned with in the DC World, and I was pretty pleased with how she got her own route in the Arkham City game. Play it if you haven’t already!

Lara Croft is my childhood hero besides Ada Wong, she is without a doubt an icon of strength and badassery at its finest. Cunning, and stealthy, Lara proved to be similar to even Batman in the early years of her games, with using tactics that were analytical and sometimes risque. While the newer games focused on the beginnings of Lara’s journey into become the official Tomb Raider I love and adore her for, she would definitely be a force of nature if a zombie apocalypse occurred.

A trained survivalist, Lara’s knowledge in surviving in the most harshest of conditions and figuring out what is usable as a weapon to hunt or kill. She’s a force to be wary of in the end of days, because she’s a survivor and hell hath no fury like a woman who’s lived through hell and conquered the throne several times and back.

Throwing in an immortal assassin from Code Realize into the A-Team, because, let’s face it, we need someone who can’t turn into a zombie even when bitten. Saint Germain is a mysterious and odd character that plays off as a charming aristocrat in the Code Realize series, however, that is just a cover for this immortal entity. He is an Apostle of Idea, and has long forfeited his life of humanity to serving the greater good of a woman who used to be called, Eve…

Saint is somewhat of a person that will lend his hand to others if he feels you are sincere towards your goals and your desires to obtain them. But, he also has his own agenda, which could mean that he may have orchestrated myself and the others to come together for a greater cause to stop the apocalypse from happening. Whatever the case maybe, Saint isn’t someone you should take lightly even with his androgynous and gentlemanly appearance. He’s one hell of an immortal who isn’t afraid to get down and bloody in a scuffle, especially when it involves people he cares for.

Another character from Code Realize comes into the fray, as we introduce, Victor Frankenstein, the esteemed doctor and royal alchemist to Queen Victoria. While we do need a kick ass team of survivalist and a very strong immortal assassin, we do need a medic and someone who can help us figure out how to create a cure for the virus that is plaguing the streets of our world. Victor is adorably cute and level headed when it comes to facing the darkest moments that life has to offer. He is no stranger to death and holds a heavy burden within his heart for a past secret of his, however, he can overcome all his misgivings in times of need especially if it involves the human race about to go extinct.

An absolute cutey. he’s also skilled in the art of creating biochemical weapons that don’t actually harm anyone. Items such as flash bangs and things that can make high pitched noises, he’s our Bill Nye the Science Guy in the apocalypse, and it also helps that he’s a doctor and can treat wounds. A medic is necessary to survive the most turbulent of warfare, and getting sick is also not something that you don’t want happening while the zombies are rising. Having Dr. Frankenstein on our side surely helps when there’s a mass of undead trying to come to your doorstep. 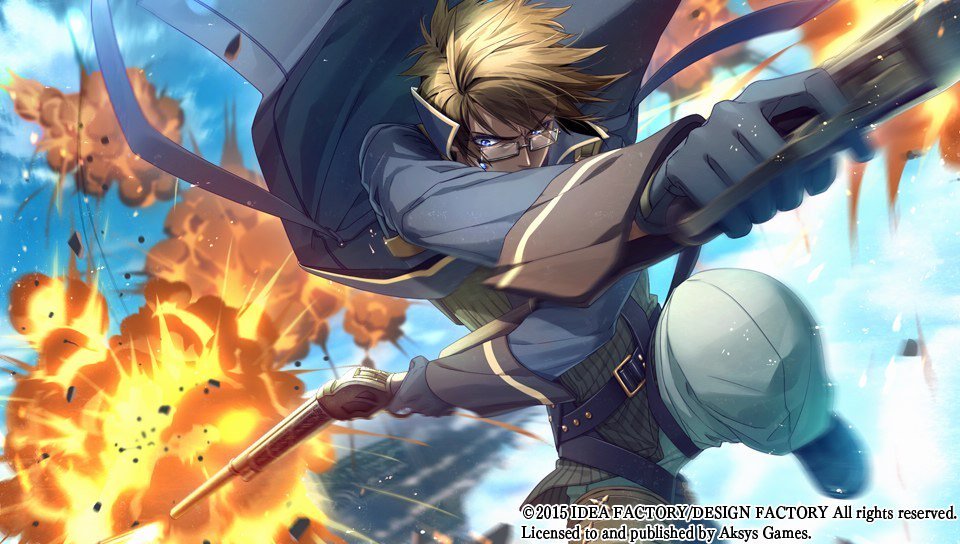 Known as the Human Weapon from Code Realize, Abraham Van Helsing the Vampire Killer is someone you shouldn’t mess with… Unless it has to do with his terrible cooking skills. Van is incredibly strong, cool headed, and calculating when it comes to the art of war, the fact that he can shut down his emotions when it comes down to business is a necessary strength. He’s fast, practically inhuman even though he is human, and he can take down masses of armies all by himself. You read that right, HE HAS TAKEN DOWN MASSES OF ARMIES BY HIMSELF, and that is terrifying and hot at the same time, LMAO.

Having Van on the team means a landslide of victory and survival, as long as we make sure he doesn’t cook for us. He’s proven time and time again in the otome game world that he isn’t someone to gloss over, and it’s best to ally with him then go against him. His vast knowledge in war tactics and training as a soldier comes in handy when it comes down to the wire against zombies.

Last but not least, we need a leader who’s used to being under a lot of pressure and can handle the brunt of a team that’s filled with wily characters. Subaru Shidou of Sweet Fuse by Your Side Otome takes the lead as he’s proven countless of times in several routes of how good a leader he is. Yes, he does have his moments of melting down, but it isn’t without reason, especially if you’re putting someone’s life at stake to get the upper hand. Subaru is calm, collected, and has an interest in round shapes for some reason, but he’s adorable to a fault.

With our group of rambunctious anti-heroes, a survivalist, assassins, a doctor, and a scrappy little nobody (me), I’m certain he can deal with us for awhile. Unless we put him to an early grave on regards to how we eat and argue over mundane issues.

When the times get crazy, you need some crazy people, and one or two maybe level headed people to lead the crew of misfits through the apocalypse. To be honest, some of these protagonists can be considered people I look up to, as they’ve proven themselves to have true grit and also integrity to what they believe in. Which is why I would pair up with them, even if we may split ways for a bit and then come back together again for the final showdown of the raging storms of zombies coming at us.