Tales from the Nook: My Bloody Valentine

Tales from the Nook is a blog series where I talk about horror/thriller related content and explain my love for the genre and the media that orbits around it. When we think horror, we usually think of creatures, murderers, or perhaps, a supernatural entity. However, one of the more scarier aspects of horror, in my book, is when the monster is a human–and they happen to be either your lover or an obsessed friend or acquaintance.

Bloody Valentines are not anything someone would want to receive as a gift on such a romantic day, yet that hasn’t stopped horror or thriller creatives from taking a spin on the holiday. In today’s blog I’m going to talk about games and media that focus on a darker look into romantic affairs. Reader beware, there will be Yanderes in here.

Okay everyone, if you’ve played Ephemeral, you’ll be introduced to the somewhat bizarre and Yandere crazy boy, up here. Natsume is the Bizarro-Type Yandere where he wants to cut you up and savor those pieces of you for his own weird ass devices. He is a unique character and deserves to be on this list of Bloody Valentines especially if you’re looking for the creepy/horrifying aspect of an otome game. He takes the cake alongside Kanato Sakamaki from Diabolik Lovers.

If you’re not familiar with Yandere types, check out the link above and get more incite on what kind of crazy you may be facing in a game. While this man is a love interest, he still gives off the perfect vibes of creepy induced lover who will chop you up if you cheat. So be wary XD!

I can go on and on about Ukyo from Amnesia, but he deserves to be on this list as well of Bloody Valentines. In most of your Bad Endings from the game, Ukyo is involved with the incidents that end up killing you or even himself. The fact is this dude is several different Yandere types in one, and having the Jekyll and Hyde attribute doesn’t help his case of crazy. While he can be a cinnamon roll in his Jekyll form, his Mr. Hyde persona is definitely the one you need to run away from-FAST.

A bloody valentine with both romance and terror, this character takes the cake and all the toppings as he not only loves you to death, he is more than happy to die for you and with you. 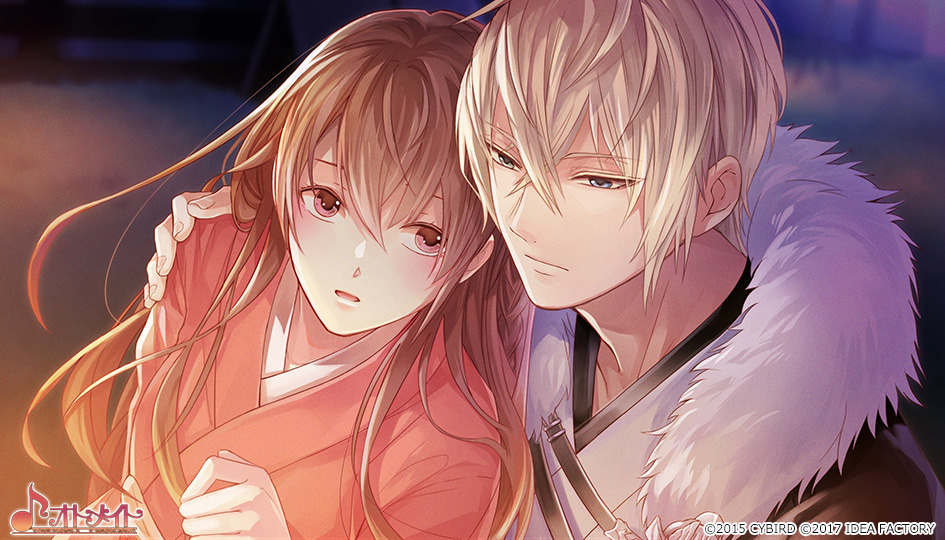 Kenshin Uesagi was recently introduced to me this year, and I’m gonna say he is a very very interesting Yandere type. He truly does love you, and he has similarities to Toma from Amnesia, but unlike Toma, this man is willing to do the work of killing anyone who harms you just like Yuno Gasai from Mirai Nikki. He’s a passionate fellow, and his route was more about dissecting his psyche and how he has become the way he is.

Make no mistake, Kenshin is someone hard to love and it takes a lot of patience and yelling at him (yes, you can go head to head with the man and still have all your body parts intact) to get him to calm down and see through your perspective. What I do love about Kenshin is that he loves hard, his loyalty is fierce, but his sword is always ready to take down those who wish to do harm to his friends and loved ones.

Okay, Lawrence is a straight up psycho… I’m not joking, LMAO. When we first meet Lawrence in Dangerous Fellows, I didn’t even realize he was a yandere until a bit later into his route, he was hidden deceptively well. Which is what makes his route more insane as you realize that the true danger was never the zombies outside, it is the people you decide to let into your personal space and befriend.

Lawrence, is a mix of two Yandere types, but I can say he is on par with Yuno from Mirai Nikki just because of how demented he got. I;m trying not to spoil too much, but he isn’t someone for the faint of heart, and if you’re open to romancing a very Hannibal Lecter-type mastermind, check out Lawrence and buckle down. He’s a doozie.

Jisoo… Hmm… In his ‘good’ routes he’s more like the Tsundora, and I didn’t hold a candle to his character as I don’t really like Tsundere or Oresama types. However, in certain routes in Dandelion some of the characters bad endings get very Yandere–be advised if you aren’t a fan of Yandere endings then I recommend you look elsewhere. Otherwise, if you’re a horror and thriller fan like me, this is up your alley. Jisoo’s ending was more of the classic type of Yandere vibe that I tend to like and while there is another who can be on par with Jisoo, I preferred his bad ending.

Looking for a Bloody Valentine with a bit more of a classic Yandere feel? Jisoo is your man XD… Uh cat-man? Nekomimi? Nevermind… 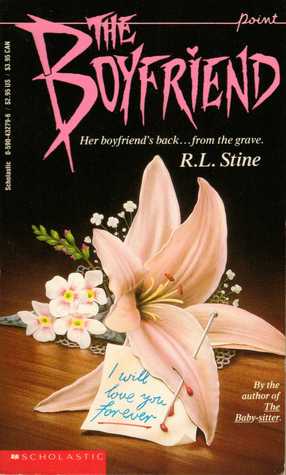 Some people are probably rolling their eyeballs right now with the mention of seeing R.L. Stine on here, and others are probably rejoicing the nostalgia of it. When I first read The Boyfriend, I wasn’t expecting it to go out the way it did, I wasn’t a movie goer of stalker or obsessive love type horror just yet. So this, this book and another one that is mentioned beneath this one took the flaming torch and ran with it.

The Boyfriend is a chilling portrayal of what happens when liking someone becomes more of an obsession, and when heartbreak isn’t taken lightly.

The Girlfriend is another stalker/obsessed lover horror book that is created by R.L. Stine and the obsession this girl had… JFC. When you read the story, I did feel bad for the main character a little bit… Only a little as he shouldn’t have been doing what he did in the book in the first place. In some cases, I could say, you reap what you sow, but the lady took it to the extreme and that’s where you feel the fear seep in for the character.

This book is a the flip side of The Boyfriend, and is a good adaptation of when obsession goes too far and the wrath of a woman scorned.

This book is more of two lessons in one, one don’t cheat your way out of a test and two, don’t make deals to go on dates with shady characters who will blackmail you. The Cheater is definitely one of the few books that scared the living heck outta me and drilled into my head to not cheat on tests or in any other academics or sports. While in the book the main heroine makes a deal with the devil, she doesn’t realize exactly what she has gotten herself into.

Compared to The Boyfriend and The Girlfriend novels from R.L. Stine’s stalker/obsessed lover horror writings, this one terrifies me a bit more–considering people do cheat at times in real life, and someone is… always watching.

When the times get crazy, you need some crazy people, and one or two maybe level headed people to lead the crew of misfits through the apocalypse. To be honest, some of these protagonists can be considered people I look up to, as they’ve proven themselves to have true grit and also integrity to what they believe in. Which is why I would pair up with them, even if we may split ways for a bit and then come back together again for the final showdown of the raging storms of zombies coming at us.