Tales from the Nook: BURN IT WITH FIRE ACT III

Has anyone played the Resident Evil game in the dark at 3AM and had no idea that the dogs were going to bust out of the mansion windows and screamed to holy blasted murder? Just me? Damn. While the game has had it’s remake and pixels upgraded since it’s original release, these game is still one that I won’t play at night including a whole bunch other games that I plan to talk about. I love a good scare, and I like being put at the edge of my seat as a thrill seeker of the horror genre, however, there are a few games that, while they’re excellent, they’ve earned the title as “F*CK YOU! NOT PLAYING IT AT NIGHT EVER AGAIN!“

I was actually told to play this exact scene at 3AM by a friend who owned the game and had previously played it before me. Since I was a gullible child, I decided to follow what she had told me to do and … You can imagine my terror and also how I had a pretty hard pillow fight with her at our next sleep over. In today’s Tales from the Nook, I’m going to talk about games that are utterly terrifying, at least for me, and that you won’t see me playing after dark–but I’ll definitely recommend for any player out there willing to take up the task and not shit their pants. 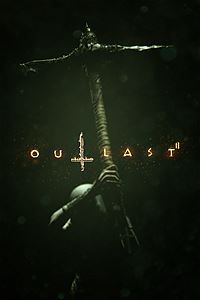 The Outlast series is diabolically horror and thriller induced, and if you’ve played the games, you know exactly what I speak of. I found myself playing this game after it was recommended to me after playing Batman Arkham Asylum, and I had barely started getting into games for XBOX 360 during this time. I was a bit interested with the look of Outlast, so I didn’t think too much of it until I actually got engrossed in it and struggled to survive the horrors within the damn hospital (LIKE WTF DUDE LOL).

I would definitely put Outlast the first game up there with games that I wouldn’t like to play at night, just because there’s so much insanity happening in it. However, Outlast II took the cake after it came out and I found myself playing it into the wee hours of night on my computer. I was both horrified and intrigued at trying to complete this game as we both the main character and I tried to freaking find his wife and escape from all the crazy motherfuckers in the game. Like holy hell, I felt we didn’t even have one moment to breathe as all the insanity unfolded including the flashbacks to his childhood.

This game isn’t for the faint of heart and anyone who has a weak stomach, there are many disgusting elements in here that remind me of The Hills Have Eyes, and if you couldn’t stomach that movie, don’t play this game.

When I first played Resident Evil, I was still a kid and not fully introduced into horror games because of the ratings on the games. I was able to get my hands on this game because of my best friend at the time and she told me specifically to play this game at a certain time at night and lo and behold… A very catastrophic pillow fight ensued the next time I slept over at her house.

This scene still haunts me to this day since I was casually munching on popcorn on a weekend night, playing this game in my family’s living room when I should of been sleeping. I had managed to put the volume up to a certain amount so I could hear what was happening but not loud enough for my parents to hear. Well.. that wasn’t gonna happen anytime after the dogs broke the windows and I screamed terribly at like 2-3AM in the morning. While I got in trouble and a good grounding for about a week, I managed to finish the game and also deliver my revenge to my best friend two weeks later. 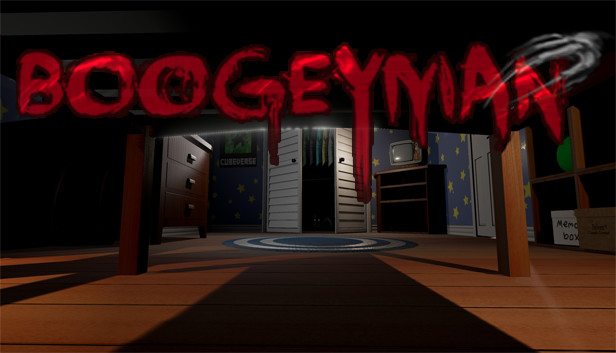 Jump scare games started to become more of a thing when Five Nights at Freddy came out a few years back. However, I have a bigger love and hate relationship with game at playing it at night because we’ve all heard of the terrifying stories of the boogeyman as children. While everyone has had a different version told to them, and more than likely our cultures portray the entity as either a man with a hook or a dark shadow that jumps out from your closet.

The story remains the same in certain aspects, he comes at night when you lie in bed, when you’re supposed to be asleep, he creeps in from beneath your bed. Slowly his hands reach out from beneath, when you should been sleeping in the least. Thus you become another missing child upon a missing flyer, another case unsolved… Depending on who tells you the tale you can break it down what the story means, but we can talk about that another time.

Possibly one of the grand poobah’s of jump scares, Five Night’s at Freddy’s spawned a massive fanbase including many well known Let’s Players such as Markiplier, Poiise, Omar Sebali, and Dashigames. I’ll admit, when I first played this game it was on my cellphone back in 2014, and I was on my break at work. It was probably the worst idea imaginable, when you work the NOC shift and you’re in a practically deserted break room. I apparently made one wrong move during the game and got the jump scare of my life and scared the living daylights out of my coworkers too.

I do love this game but you won’t find me playing it at night anytime soon just because I don’t feel like scaring the crap outta my family or friends with my own screams of terror LMAO.

When I got Dead Space, was actually the same time I had bought a copy of The Evil Within for XBOX 360, and while Dead Space had already been out for awhile, I had never played it. I regret to inform you that I had my little nephew with me at the time and wasn’t expecting that horrific scare in the beginning and had both him and I screaming to holy high hell and water. Yes, it was dark, and my family was not proud that both of us screamed as if a murderer had come into our home.

The game is older than all the other new fancy looking stuff coming out, but this really is on par with Alien Isolation, if not, more than likely a good twin for the game. While the monster’s don’t have a smart AI like the one in Alien, this game still packs a punch with the jump factors. Especially when they come slamming out of nowhere and scare the motherfucking glory out of you. This is definitely a game I would never play again in the dark just because I’m still scarred from my first play through of it, however, I wouldn’t mind playing it again DURING THE DAY LOL.

So, my little brother had the WiiU at the time and had suggested I play a game called Fatal Frame: Maiden of Black Water. I wasn’t familiar with this series and he knew I liked horror games, but he didn’t explain what kind of horror I was about to get into. See, I do love horror movies but there is one genre I’m usually very scared to watch or play at times… and that is Asian Horror types… The reason is because I’m Asian descent and there are plenty of stories that have made its way to internet forums about some of our legends and lore. Whether from Korea to the islands of the Philippines, these stories can be either be seen or thought of as lessons or myth. For me, however, I believe that you can’t disregard that there are things out there that cannot be explained by science even though you want to disprove it.

So when this game came into my hands, I wanted to burn it with fire and was jumping every second of the hour because I was wired with fear. This is the one game I would never play again, just absolutely not LOL!

Some of the games in here, I would happily play again in the daylight and others… BURN IT WITH FIRE AND BURY IT IN DIRT BLESSED WITH HOLY WATER. Anyways, as we wrap up today’s blog, I want to ask if anyone else has games that they won’t play in the dark, like me. I know there are people who can play any game during the night time and not get effected by the jump scares, and those people are lucky AF LOL. Do you guys have games that are an absolute ‘hell no’ to play in the dark? Let me know in the comments below! As always…

One response to “Tales from the Nook: BURN IT WITH FIRE ACT III”